We ended a packed year of wedding gigs last weekend with two shows that, for us, really underline why Yorkshire is probably the best place in the UK to have your wedding.

On Saturday we played for Kirsten and Paul at Sandburn Hall, just outside of York. Sandburn is a beautiful venue, with a large oak framed hall that makes you smile every time you look up. And it makes bands sound great too! We quickly set up between the end of the speeches and the arrival of the evening guests. We were supplying the DJ too, so once sound check was over we kicked off with a playlist of Kirsten and Paul’s favourite music. 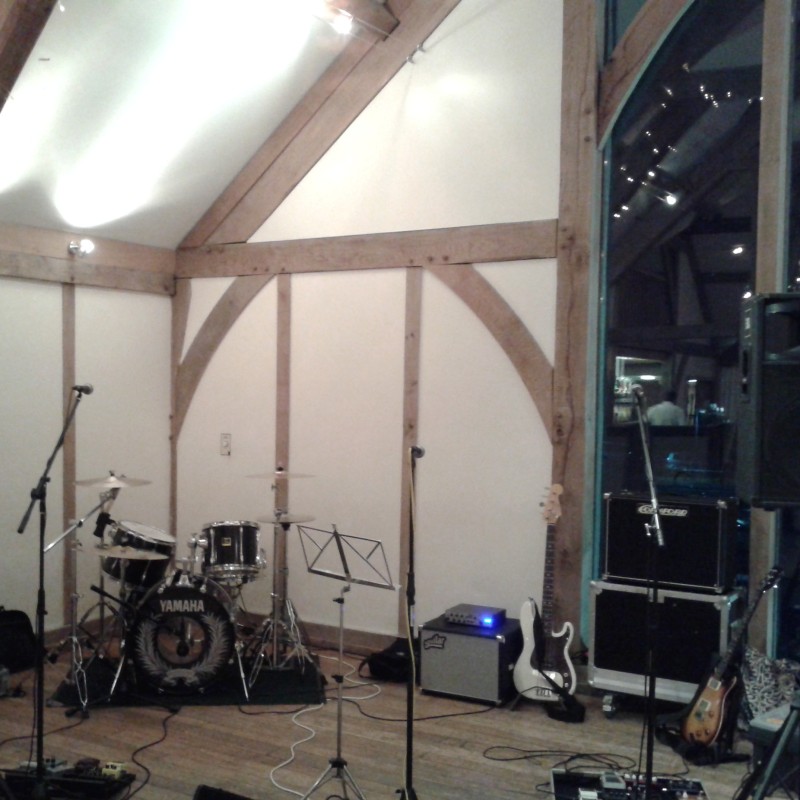 Our first set started at 8pm and it was clear that everyone was up for a good time. Kirsten and Paul has asked us to learn ‘Mr Brightside’ by The Killers, and as we went in to it half way through the first set the dance floor went crazy! With the first set down, we hopped back on to the decks (ok, laptop) and kept things going.

There was some re-arrangement of timings for the second half of the night, but we were soon back on and picking up where we left off. 45 minutes later, we launched in to ‘Shout’ and before we knew it, it was all over. Time certainly flies when you’re having fun!

Sunday night saw us at Goldsborough Hall for Tom and Emma’s big day. We’d never been here before, but we’d heard plenty about Goldsborough; and it certainly disappoint. The Hall is a 17th Century  Grade II listed building, and when we say it looked fit for a queen, we weren’t exaggerating – HRH Princess Mary the, present Queen’s aunt, lived at the hall in the 1920s.

We arrived and set up in mid-afternoon; this is slightly earlier than usual for us, but Tom and Emma had let us know this was required in plenty of time, so it was easy for us to be flexible. Similarly, as we were performing in what was essentially the library of a private house, we had to pay special attention to our sound levels and the overall volume of the band. This is something that a lot of bands struggle with, and we’ve heard a lot of horror stories from venues and planners over the years; but as a small bad, we’re able to control our volume easily, and we’re happy to co-operate with venues to create a comfortable atmosphere for every guest. We know it’s not our gig, it’s someone’s wedding. 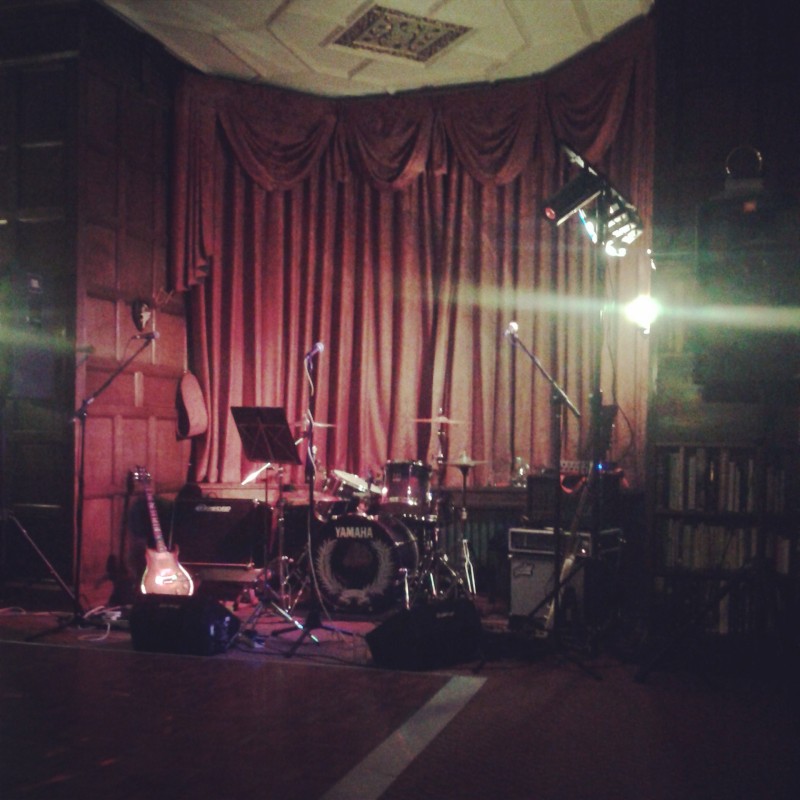 We had another fantastic night, with an enthusiastic crowd from the start. It was also great to hear Tom and Emma’s song selections between sets. They’d decided against a DJ and brought their own choice of music on an ipod which we put through our PA. This really brought a personal touch to the evening, and it was great to see that so many of the songs had a special meaning for the couple and their friends.

Frost on the windscreen for the second night running told us that the year’s coming to an end. These were our last wedding gigs of 2013, and we’re now turning our attention to our Christmas and New Year shows that are coming up. But it’s only a short change of scenery, wedding season 2014 kicks off in January… See you on the dance floor!